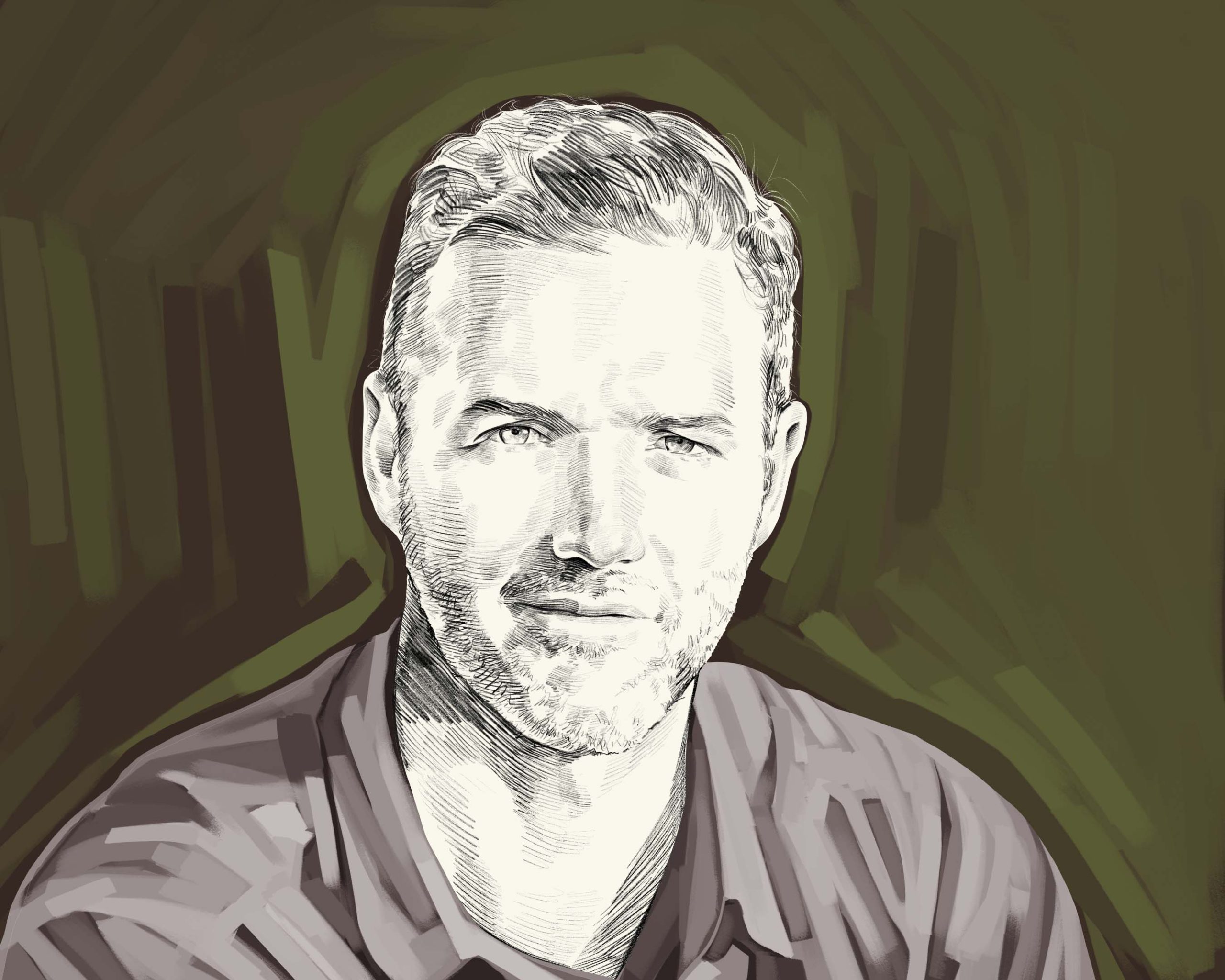 “If it had been a horror movie, people in the audience would’ve started saying, ‘Don’t go near the shadowy place!’ And of course, as I walked past the shadowy place, I actually sat down just on the edge of those shadows. And my perception was that the water was too shallow for crocodiles. But of course the crocodile was in the hole, and the first thing that you notice when a crocodile grabs you is just the ferocity and the pressure of the bite.” — Boyd Varty

Boyd Varty (@boydvarty) is the author of two books, The Lion Tracker’s Guide to Life and his memoir, Cathedral of the Wild. He has been featured in The New York Times, on NBC, and in other media and has taught his philosophy of “tracking your life” to individuals and companies around the world.

Boyd is a wildlife and literacy activist who has spent the last ten years refining the art of using wilderness as a place for deep introspection and personal transformation. He grew up in South Africa on Londolozi Game Reserve, a former hunting ground that was transformed into a nature preserve by Boyd’s father and uncle—both visionaries of the restoration movement. Under his family’s stewardship, the Reserve became renowned not only as a sanctuary for animals but as a place where once-ravaged land was able to flourish again and where the human spirit could be restored. When Nelson Mandela was released after 27 years of imprisonment, he went to Londolozi to recover.

Boyd has a degree in psychology from the University of South Africa. He is a TED speaker and the host of the Track Your Life podcast.

A podcast with Tim Ferriss